Most of the works performed by farm women are tedious, tiring as well as time-consuming. These tasks are performed manually or by traditional tools. Workers in agricultural operations for both crop and animal production typically use repetitive motions in awkward positions and which can cause musculoskeletal injuries. Ergonomic risk factors are found in jobs requiring repetitive, forceful, or prolonged exertions of the hands; frequent or heavy lidting, pushing, pulling, or carrying of heavy objects; and prolonged awkward postures. Women are extensively involved in various farm operations like transplanting, weeding, harvesting, processing, marketing, and selling of food grains, fruits and vegetables etc. these tasks not only demand considerable time and energy but also are sources of drudgery. Drudgery is generally conceived as physical and mental strain, agony, monotony and hardship experienced by farm women while performing these farm operations. The drudgery prone condition leads to various health and mechanical hazards which creates physical exhaustion fatigue and low productivity. A vegetable A. esculentus (Bhindi) picking is labour-intensive work that reuires painstaking physical effort, patience and perseverance. Women usually use their hands resulting in physical and mental fatigue, hardship, exploitation and pain.

Meyers et al. stated that occupational musculoskeletal disorders (MSDs) might affect muscles, tendons, joints, nerves and related soft tissues anywhere in the body. The lower back and upper extremities, including the neck and shoulders, are the most common sites. Because repeated risk factor exposure of the same muscle, tendon, or region may result in injury and inflammation to the affected area, names such as cumulative trauma disorder, repetitive motio injury, repetition strain disorders. Women workers faced severe health hazards in piking A. esculentus in terms of cuts and wounds in hands, hardness of skin, blisters and abrasions. Moreover, skin allergies due to chemical sprays were commonly an acute problem to 30% of A. sculentus (Bhindi) pickers. They were using their own devised methods for protecting themselves against these hazards. Bhattacharya and Chakarbarti reported high prevalence of MSD among teal leaf pluckers. Shoulders, back, neck and fingers were the most affected organs. MSDs were mostly related to the work habits i.e. awkward posture, repetitiveness and duration. Hence, urgent need was felt to design a plucking device to lower down that possibilities among workers. Park and associates found that farmers have reported having daily LBP for a week which is significantly greater than the general working conditions. The results showed regarding the level of work related body disorders in agriculture b women included pain in many parts of body followed by numbness or stiffness. Some farm women also felt itching and swelling in hands while working in the fields and some felt burning in abdomen and chest especially spraying of pesticides in the fields due to inhalation. The reasons of pain or stiffness may be due to the poor body postures while performing certain operations and lack of awareness regarding the right body postures. Sometimes, they did not even take rest in between which is essential to make our body stress free.

The experimental study was carried out on 10 farm women. Use of 4 types of gloves as existing protective measures used by the respondents were studied and 3 appropriate technologies viz, protective gloves, capron/protective gloves and vegetable picking bags were introduced as mitigating measures.

Capron/protective gloves are made of PVC material on the one side and fusion of cotton on other side. These gloves protect hands from injury, blisters, cuts, hardness of skin and abrasions. Being a user-friendly technology, these gloves not only protect from health hazards but increase work efficiency of workers.

Protective masks are made of cotton fabric and these cover neck, head the face of the user. It can be made up to a designed length depending upon the type of use. It avoids dust, husk and straw to penetrate round the neck area. A muslin mask around protects from insecticide/pesticide hazards during picking of A. esculentus (Bhindi). The protective mask protects from harsh environment and direct sun rays.       The bag is used to collect vegetables. It is made of cotton cloth and is designed according to anthropometric measurements of women. Shaped pocket are made In front of the waist so that picking can be made comfortable as it reduces the hand movements up and down. Cushion belts on shoulders make it easy to carry vegetable loads

Various mitigating measures used by the respondents during A. esculents picking were mitten and  gloves of different material. Mittens made of denim, and using cloth material with cello tapes covering on fingers were mainly used as protective measures against cut, wounds and itching by 40% of the respondents, followed by surgical gloves 30%, cotton gloves 20%, and woolen gloves 10%. In addition to gloves, other measures were also adopted like wearing suit with full sleeves shirt 70%, using full sleeves gents shirt over the dress 40%, and covering face with head cloth 20% to protect themselves from itching.

Performance evaluation of existing methods of A. esculentus (Bhindi) picking:

Performance evaluation of existing methods of A. esculentus (Bhndi) picking was studied in terms of durability, safety and comfort in terms of sweating. Among the existing methods of A. esculentus (Bhindi) picking mittens made of Denim cloth were preferred most (Rank I), cotton gloves (Rank II). Woolen gloves (Rank III), and surgical gloves(Rank IV). Although they were using their own devised methods for protecting themselves against these hazards but still they experienced drudgery and had lesser output efficiency.

With the use improved technology in A. esculentus (Bhindi) plucking there was reduction in health hazards. 80% reduction was in incidence of cuts and wounds in hands, hardness of skin and irritation in hands. However there was no effect of improved technology on chest pain and soar eyes. It was concluded that to avoid excessive postural discomfort the minimum duration of rest pauses should be of 15 min. the duration of the lunch break should be more than 45 min.

Comparative output given by the respondents in conventional and improved methods of A. esculentus (Bhindi) picking

Use of improved technology in A. esculentus (Bhindi) picking not only reduced health hazards, but also increased the output thereby increasing the efficiency of the worker. Kaur et al. conducted ergonomic evaluation of vegetable plucking activity with traditional (ordinary knife) and improved tool (ring cutter). Ergonomic assessment of both the method showed that by using ring cutter physiological and muscular stress of workers in terms of heart rate, energy expenditure rate and grip fatigue were reduced as compared to traditional method. Thus, new tool was found to be beneficial to improve work efficiency of farm women.

Women workers faced severe health hazards in picking A. esculentus (Bhindi) (lady finger) in terms of cuts and wounds in hands, hardness of skin, itching, blisters and abrasions. In order to overcome these they were using various mitigating measures like homemade mittens of cloth materials (40%), surgical gloves (30%), cotton gloves (20%), and woolen gloves (10%). Performance evaluation of existing mitigation measures was studied in terms of durability, safety and comfort in terms of sweating, it was highlighted that mittens made of denim cloth were most preferred followed by cotton gloves, woolen gloves and surgical gloves. Use of improved technology in A. esculentus (Bhindi) picking not only reduced the health hazards, but also increased the output by 40 percent, thereby, increasing the efficiency of the worker.

Meyers J, Bloomberg L, Faucett J, Janowitz I, Miles JA (1995) Using ergonomics in the prevention of musculoskeletal cumulative trauma injuries in agriculture: Learning from the mistakes of others. Journal of Agromedicine 15: 281-299. 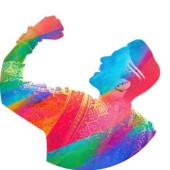 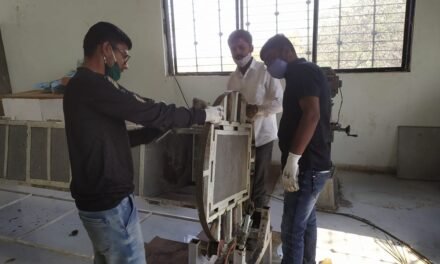 Maintenance and rework of scheffler