So I calculate that for trays and also for the first prototype.

I found the relation between open to closed surface area for trays and for prototype.

Also due to its shape of domestic composter, waste is not mixed very well so I moved for next prototype.

This second prototype should be of cylindrical shape, picture in my mind.

So again I used whatever available and made a second prototype.

Actually I wanted to make it with of 15% opening  area but due to some mistakes in calculations, I drilled more holes on the cylinder… 🙂

Trials are going on…. 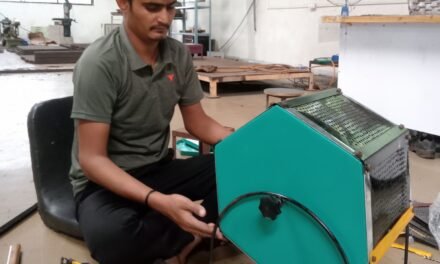