The black water contains different types of nutritional materials (fecal material) which loved by microorganisms, So while treating these fecal material the organisms present in that water can consume these nutrients. On the other hand the aquatic plants present on water are absorbing heavy metals from the waste water. So in this experiment we are going to treat waste water with the help of aquatic plants like Water Hyacinth, Duckweed, Water Cabbage(Water Lettuce).

To clear the black water with the help of aquatic plants.

Blackwater, which is sometimes referred to as sewage  is the wastewater that comes from toilets, garbage grinders, and dishwashers. This is different from greywater because it contains bacteria, pathogens, and food particles, which can rot and is more difficult to treat than greywater. The wastewater that comes from showers, washing machines, and sinks is considered greywater because, even though it has particles and contaminants, they are not considered dangerous. However, in areas where proper toilets and washing facilities do not exist it is likely that even laundry wastewater may contain harmful pathogens or bacteria.

In a blackwater recycling system, all of the blackwater is routed to an initial tank via gravity. The blackwater is given time to settle and a primary colony of bacteria goes eats away at the waste for 24 hours similar to a normal septic system. Then the settled blackwater goes into another tank that is divided into 3 chambers; Aeration, Sludge settling and Irrigation.

The water that is recycled from blackwater recycling systems should never be used as drinking water or on food crops because they could still contain harmful bacteria. It can be used for watering lawns or non-food gardens.

This black water recycling system conserves water, natural resources and also protects the natural habitats but in other hand there are drawbacks of this system i.e. this system is expensive, smells bad and also the maintenance.

The experiments which we have designed is as follows:

The plants like water hyacinth, duck weed, water lettuce absorb the heavy metals from water and helps to clean it, so in this experiments we are going to use these aquatic plants to clean the water.

In this experiment first we had installed a system with black water from ladies hostel of vigyan ashram, for the plant source we had used water hyacinth. We had added MBBR in the system for bacterial growth and bubblers to stop the anaerobic growth of bacteria. In the result of it we found that the hyacinth we had used started getting burn because of high COD which was 1836.

Then we had planned it to dilute with gray water in 1:3 ratio i.e. one part of black water and 3 part gray water. After this dilution the aquatic plants used in experiment i.e. Water Hyacinth, Duckweed, Water Lettuce started sustaining in that water. At this stage the pH of water was basic (8.2) so we reduced the pH of one of the experiments with the addition of 1ml H2SO4 and added Water Hyacinth in it, to check that if we reduce the pH then how would hyacinth reacts.

Because of continuous aeration water stopped smelling in first 2 days. Because of reducing ammonia in water the water get started clearing and the COD of water reduced as 30 in blank, water hyacinth and duckweed bucket; in the H2SO4 added bucket the COD is 71.4 and the COD of Water Lettuce bucket water was 51. From these all results we can conclude that the water got cleared with the basic pH in every experiment.

As we got best results from aeration system of black water treatment, we moved to the systems without aeration. The results of this systems are also best, because the COD of black water fell down from 448.8 to 51 in water hyacinth experiment and 40 in water lettuce within 2 weeks.

For comparison of three parameters, we have installed 3 different systems, which re as follows:

We have decided to install set of new systems Set, 1] With Aeration, 2]Without Aeration, 3]Only Aeration (No MBBR)

Installed sets of these systems.

From the above experiments we have concluded that the ammonia from all the systems got reduced and the other fecal matter was also cleared, there we could say that the microbes present in the water would have reduced it.

On the 5 April we repeated the above experiments, to check confirm the results again.

Readings of this experiment:

After getting this COD results for again getting consistent result we have repeated the same experiments to collect COD data, but at that time we got COD of black water 306 which is surprisingly very less.

From this results we can say that the KK Nag system which set near to the polyhouse is working well when there are less members in the hostel. Same condition is for the KK Nag system behind DIC Boys Hostel, COD of that system was 501.

Blackwater in a sanitation context denotes wastewater from toilets, which likely contains pathogens. Blackwater can contain feces, urine, water and toilet paper from flush toilets, this means that it contains different coliforms present in this water with the high COD.

So our task was to reduce this COD and use this water for agriculture purposes.

As we know, aquatic plants can absorb the heavy metals in the water and the microbes present in the black water can degrade the waste materials in the water. 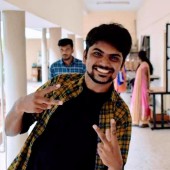 Hi, I am Shubham Barmukh. I have completed my masters in Bioinformatics and bachelors in Microbiology. In Vigyan Ashram am working on Tissue Culture techniques and Black water treatment. Would like to work for the welfare of the society, by using all the knowledge perceived through my qualification. 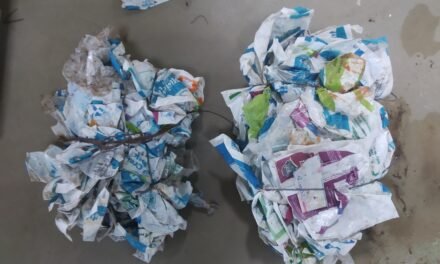 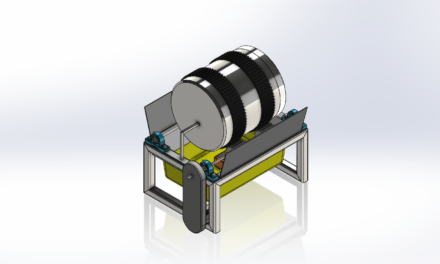